My previous post about an idea for a games based approach to my teaching has sort of developed. Sort of, because I know what I want, but I’m not sure how to do it properly. I want it to be a mixture of game play and popular media references. And I want to make it work online eventually. Maybe I’m overthinking it. Maybe. Here’s where I’m at so far.

Environment
I’ve kept it to one class. My Year 8s are the guinea pigs, and having discussed it with them they seem to be willing guinea pigs. Most are familiar with the game concepts and jargon I use to describe what we are doing, but even those that aren’t seem to be intrigued by the logic and process that it involves. I am the game master, creating the rules of play and the questing at the moment, but that is becoming a shared role with the kids now.

Guilds
The students were asked to form action teams for the duration of the year. But lets take a step back. Prior to forming the action teams, the students were asked to classify themselves as having one of four skills or qualities. The groupings we use are Producer (organising and arranging), Creative (collecting, creating and curating images, sounds or video) Sales (spokesperson or presenter) and Wellbeing (the glue of the group). I made sure that the students knew that they weren’t labelling themselves into a corner by choosing a particular style – in fact everyone probably had a blend of the styles.
When the action teams of 6 were formed, one condition was that each group had to have one of each type, with the last two positions being any mix they wanted. I was interested to see how this panned out – would the kids just pick friendship groups or would they genuinely look for the group blended on qualities? And would there be arguments and unhappy kids, stuck in a group they didn’t want?
Well, no and no. The kids recruited from the four styles and accepted their new guild members with good grace.

Narrative and points
Here’s where it starts to get complicated. All games have some sort of a narrative, as should (IMHO) the teaching and learning that takes place in a classroom. I considered the sort of narrative I could run in a PDHPE class. I wasn’t keen to make it just for PE or just for PDH, so I’m developing a narrative that attempts to cover both fairly different learning settings. Imagine a Lord of The Rings scenario, where the ultimate aim is the complete an overarching quest as a guild of disparate souls. The ultimate aim is achieving our learning goals (part curriculum based, part individual, intrinsic growth that the student reflect upon). In PDH we run with the individual and guild quest idea (individual work and team co-op play on set challenges worth XP). PE is both solo play and guild work earning XP toward the team score.
I have started to thrown in bonuses (like loot chests or Easter eggs) that bestow special privileges for certain achievements. In Term 1, our glossary work had a loot chest attached to it – score 85% for 2 consecutive quizzes and you won a “Get out of Jail Free” card (as in Monopoly). 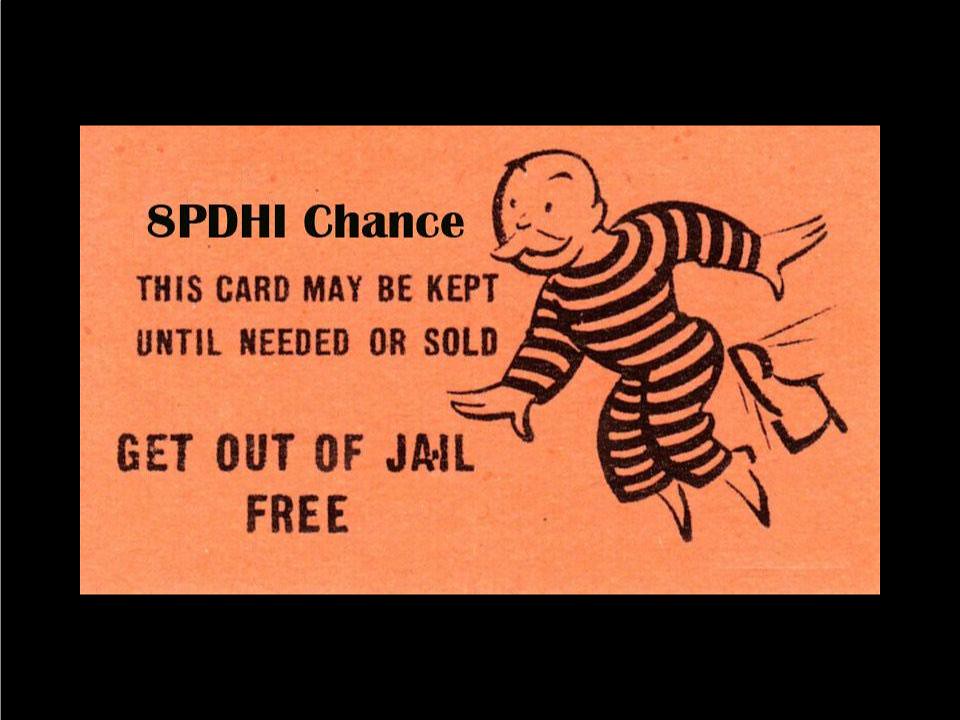 Bearing the card gave you a chance to get out of something you didn’t want to do. They are transferable too. About half the class earned one – no one has cashed it in yet. The chance to win these sorts of things will continue through the year. With increasing difficulty 🙂
Willy Wonka gets a look in too. I intend to run a class reward event at the end of each Semester, and entry to the event requires a “Golden Ticket”.

Golden Tickets can be found and earned. For example, last week I was away from school and left lesson instructions in the student’s Google folders for a guild task. The task was meant to be completed in the lesson, and shared with me for feedback. I set the deadline the 9pm that night, and said the first team to share the completed work with me would win a Golden Ticket. One team won. Their producer shared their work at 20:55!
Some Golden Tickets will be found during our orienteering and Cross Country units outside.

Levelling up is proving to be the hardest concept to build into this. It needs to be meaningful and achievable.

Missions and Quests
These are constantly being created and are not just restricted to assessment items. They need to be scaffolded and can be short term and long term events. In fact, the kids are starting to suggest suitable things to quest for. At the moment, the two main quests are the creation of a health promotion strategy to be judged by our local Health Promotion Team (a local outside agency). The quest is a guild quest, meaning each team member needs to contribute to the completion of the strategy. The boss battle will be presenting to people that they haven’t met and are experts in their field. The ongoing glossary questing is solo play.
In PE we are into our cross country and orienteering unit, so the questing is both individual and guild based. Individual in the sense that the kids have PBs to set and improve on, and there will be a Golden Ticket for anyone who can “beat Mr Jones” in a running boss battle. The collective PB results will also count toward a guild score.

It’s still rough around the edges as I try things to see if they work or not. But the kids are buying in and starting to become game masters themselves. In the next post about this, hopefully I’ll be able to showcase some samples of work.